In the time it takes you to read this sentence, Gwyneth Paltrow will have done something?pretentious, Taylor Swift will have broken up with another boyfriend, and 21?new blogs will have been created.

You see, supposedly, a new blog is being created somewhere in the world every half second.

How can you succeed?as a blogger when approximately 172,800 new blogs are created each and every day?

How can you compete?

How can you get noticed?

Should you aim to produce content that’s not just good, but — dare I say it — great? Yes.

(Why would you want to produce mediocre content anyway? This isn’t high school and your blog isn’t a paper you’ve been asked to write for P.E. class.)

Wearing a three-piece suit to the grocery store?will get you noticed, right?

If everyone?started dressing that way, you would just blend into the crowd.

“Have a great blog design,” they say…

I’ve been designing and developing webpages since 2001. Oh how I wish a nice blog design was the key to getting noticed and having blogging success.

This is hardly the case, though.

In short, having an attractive blog design isn’t a luxury reserved for the privileged few.

Are there questionable-looking blogs out there? Of course.

But there are nice-looking ones, too. A good many of them, in fact.

Having?a great blog design is important, but it isn’t enough.

When Be A Better Blogger launched in late May of 2014, I had a grand total of 22 followers on Google Plus.

But seriously… sharing your posts with your followers on social media is a great way to get your posts noticed. You know, if you have a following.

If you don’t have a following, promoting on social media is akin to opening your window and shouting the URL in the hopes a passerby will hear it.

Social media promotion is important, but it isn’t enough.

“Comment on other blogs and respond to all comments on your blog,” they say…

This is an excellent tip. And it’s used with great success by Jaime Buckley, Andrew Warner, Don Purdum, Ryan Biddulph, Adrienne Smith, Harleena Singh, and other bloggers I know and enjoy.

What makes it so great is it’s more than a strategy, it’s a mindset. It’s focusing on others instead of yourself. And, in return, people tend to leave you more comments.

There are?bloggers all over the?world?leaving comments on other blogs and responding to every single comment left to them.

And you know what?

Despite their efforts, most of these bloggers?blend into the background.

Because there are millions of other bloggers doing the exact same thing.

Good commenting etiquette is important, but it isn’t enough.

Excellent. Yes, linking to relevant, quality posts from other bloggers is a wonderful thing. Sharing the posts of others on Twitter, Google+ and Facebook is wonderful, too.

Most bloggers do it as a promotion strategy. They do it to get noticed by bigger, more influential bloggers.

And it works. Sometimes.

But it isn’t enough.

Big, influential bloggers have their content linked to all the time. They have their posts shared on social media dozens of times a day.

They might notice you. ?But what will happen when they notice you? What kind of blog and blog content will they find?

Linking to and sharing the content of others is important, but it isn’t enough. 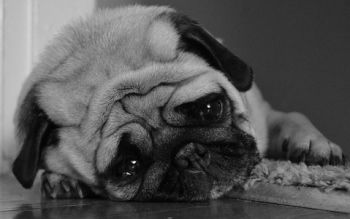 There are no absolutes. (Even?2 + 2 doesn’t always equal 4 anymore, thanks to Common Core.)

Some of you may be such magnificent writers your “great content” is?head and shoulders better than everyone else’s.

And your blog design may be so beautiful and distinct, people can’t help but remember it.

But for most of us, if we?want to succeed, we?can’t simply do what every other blogger with a go-get-em attitude is doing.

If we want to become of one of those big, influential bloggers…

If we want to achieve money or fame with our blog…

We have to separate ourselves from the pack. We have to do something big, bold and daring. We have to grab people’s attention.

We have to be memorable.

I write one post?a week. The posts I write are usually between 1,500 and 2,250 words. This means I crammed an entire month’s worth of writing into a single post.

I could have tried releasing it as an eBook (and maybe made a little money from it).

I could have split up the content into a series of posts.

So why did I choose to publish it as a single, gigantic blog post?

Because I knew it would be memorable.

And because it’s hard, tedious, time-consuming work few want to bother with, it?gets people’s attention when someone does it.

In short, they’re more likely to remember me.

I wrote it because I would rather be?remembered as “the crazy guy who wrote that 8,000-word post” than not be remembered at all.

How can you get noticed and stand out from?the crowd?

Don’t worry. “Writing?insanely-long posts” isn’t the only way to be memorable.

There are others. But, like all roads less traveled, they aren’t going to be easy. They’re going to require hard work.

They’re things?others might already be?doing, but you could be doing them bigger, better, and more frequently.

Hopefully a few ideas popped into your head while you’ve been reading this. You know you, your blog, your blog’s niche, and your?competition far better than I do.

But if you need inspiration, here are several starting points…

Write comments of such detail, relevance and length, other commenters look at them?and go, “wow.”

Write comments which make the post’s owner take notice. He or she should be scrolling through their comments, get to yours, and their jaw should hit the floor.

If the comments you write stand out, you will stand out.

You want to stand out. Standing out is good.

What are the definitive posts in your blog’s niche? Find them and one-up them.

Can’t find a definitive post on a particular topic? Write it.

“How to write a blog post: The definitive 8,317-word guide your mom will understand” originated because I couldn’t find a definitive post on the topic. I could find eBooks, but no posts.

On the other hand, my next idea for a definitive post most definitely exists. In fact, there are several of them which could lay claim to the title of “the definitive post.”

Topping them will be quite a feat, but I’m going to try my very best.

Why? Because definitive posts get noticed. They’re memorable.

Find an untapped resource and tap it.

Brian focuses on backlinks; Ana on traffic. Both utilize tactics which have slipped through the cracks for most of their peers.

So, if the competitors in your niche aren’t on Google Plus,?dive head first into Google Plus. If none of your contemporaries are utilizing SlideShare, find a “PowerPoint for Dummies” book and go for it.

Research and see what your competition is missing. If they’re all?in the north and south, go rule the east and west! [tweet this]

Why so serious? Be funny!

Obviously, not all blog topics are suitable for levity. However, others are ripe for the picking.

If you can be genuinely funny in a niche where others are straitlaced and serious, you will stand out.

Look at Amy Harrison. She helps businesses with their content. Sounds boring, right?

Tell that to Amy. Her AmyTV videos are comedic gems which dare you not to hit the replay button.

Linking to an influential blogger happens all the time. But what about dedicating an entire post to one?

Will Hoekenga of CopyGrad did just that when he wrote 5 Copywriting Tactics You Can Steal from Seth Godin. It’s unlikely Will expected Seth to find the post, much less comment on it, but that’s exactly what happened.

(Hat tip to Ashley Faulkes for the anecdote!)

Ramsay Taplin, an influential blogger in his own right, did something similar when he wrote?The 3 Reasons Why Darren Rowse, Jeremy Schoemaker & Brian Clark are Rich.

Want to be memorable to an influential blogger? Write about them, and do your best to reach out and let them know you wrote about them.

But don’t stalk them. Although, that would be memorable…

However, keep in mind: If you’re going to dedicate an entire post to an influential blogger, it better be good.

Imagine a hero of yours was coming over for dinner.?Would you heat-up leftovers? Of course?not. No, you would go all out!

A dedication post should be the same way. Why?

What impression of you do you want them to have? That you’re the kind of blogger who heats-up leftovers, or the kind they?should visit again and again because you?go all out?

Remember, you want to be memorable, but in a good way.

This one can be tricky, because you don’t want to argue for the sake of arguing. Plus, if what you’re arguing for or against is idiotic, people will notice you for the wrong reasons.

But here’s the idea…

Find a wildly held belief in your niche. It needs to be a belief?you believe is wrong, or one you could reasonably argue is wrong.

If it’s a hot-button issue that challenges a viewpoint people passionately hold, you’ll get noticed for writing it. Believe me.

As an example, Derek Halpern of Social Triggers once wrote a post saying design, not content, is king.?Because people had been repeating the “content is king” mantra for so long, Derek’s post turned a lot of heads.

Close to 1,000 new blogs were created while you read this post. What separates your blog from theirs?

One of the things you should notice about these examples is none of them are as crazy as my idea of writing an 8,000-word post.

Still, each of these will help you achieve what should be one of your goals as a blogger: getting noticed.

None of them?will be easy. If they were easy, everyone would be doing them. And if everyone did them, no one would stand out. Right?

Take the road less traveled with your blog. Do what others aren’t doing, or do what they’re doing better.

Are you ready to stand out?