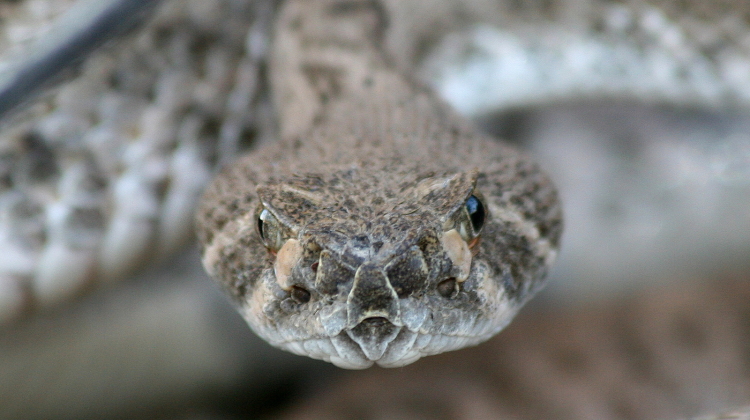 He had never before heard his friend scream.

“What happened,” Dennis asked his friend.

George, who was on the ground holding his ankle, fought to catch his breath.

“A snake bit me,” George shouted. “It was a rattlesnake.”

“This isn’t good,” Dennis thought to himself. The two of them were hiking in a remote area. They were at least four hours away from the nearest campsite.

“What do you need me to do,” Dennis asked.

Dennis took a deep breath. He prided himself on thinking quick on his feet. Now he was being put to the test.

“One was a pessimist. The other was an optimist. A team of scientists, as scientists often do, decided to conduct an experiment.

“They locked each boy in a room filled with manure. The boys were locked inside for one hour.

“Well, an hour later, they discovered the pessimist was miserable. He hated being in the room and wanted to leave.

“When they checked in on the optimist, they discovered he was happy. The boy was digging through the manure, using his hands like a shovel.

“When they asked the boy what he was doing, the boy replied: ‘With this much manure, there has to be a pony in here somewhere!'”

Dumbstruck, it took George several moments to regain his composure.

“I said I needed an antidote, not an anecdote!”

The above is an example of an anecdote

Actually, if I’m being technical, it’s an anecdote within another anecdote. But I digress.

Why did I use an anecdote to open this post? Why do I regularly use anecdotes within my posts?

Brian Clark of Copyblogger defines anecdotes as “quick stories that can make people laugh or immediately establish the main point of your post.”

In this instance, I (hopefully) accomplished both.

What’s the difference between an anecdote and a story? Well, all anecdotes are stories, but not all stories are anecdotes. Anecdotes are also true, whereas stories can be fiction. But honestly, from my point of view, they’re interchangeable. I’ll let the English professors sweat the small stuff.

I’m going to tell you why I believe anecdotes should be part of your blogging arsenal, and I’m going to show you several examples where bloggers use anecdotes to take their posts to another level.

Ready? Well, too bad, because this is happening…

One quality of a good anecdote is it adds a human element?to your post. Anecdotes are capable of invoking a reader’s empathy or sympathy. They allow the reader to make a personal connection with the story and the person telling it.

The doctor cleared his throat. ‘I?m sorry, but I have bad news.’

That?s when Pat began to cry.”

This is how Jon began his well-known post?On Dying, Mothers, and Fighting for Your Ideas.

The story he’s sharing with you is deeply personal. You cannot help but feel connected to the sadness and fear his mother was feeling.

By the time Jon reaches the “fighting” portion of his post, you’re pumping your fist in the air. You’re ready to fight for your ideas, send Jon a thank-you note, and call your Mom on the phone.

This is the power of making a personal connection with your reader. A good anecdote can help you make such a?connection.

In?What a Puking Tour Leader Can Teach Us About Content Marketing, Henneke Duistermaat uses a?story from?her time as a 21-year-old tour guide in China to set up a post filled with?content marketing tips.

I puked on the flight to Hong Kong.

Hugely embarrassing. Ever met a tour guide suffering from airsickness?

I don?t think my bosses at the travel agency ever found out. Nobody told them. Because somehow things got better during that journey.

But what can this teach us about content marketing?”

Henneke is masterful at using as few words as possible to convey her thoughts. So it’s no surprise her anecdotes are as short and distinct as possible.

Few of us have any tour-guide experience, but we all have been in situations where we felt out of place or where things got off to an ominous start.

Henneke uses a short anecdote to tap into common ground between her and her readers, and she uses this common ground to talk about her topic: content marketing.

Anecdotes can frame the point of your posts

In The Complete Guide to Setting up Post Specific Bonuses with Mailchimp, Bryan Harris uses a story about canoes to set up his post about building content upgrades.

Back in May I was sitting around a campfire with some buddies when a thought popped in my head.

The thought was actually just a word. One word.

5 days later I sold my lawn mower and bought two canoes off of Craigslist.

Our first canoe trip consisted of me single handedly carrying this gigantic 18? canoe over 200 yards from the parking lot to the edge of the lake.

Bryan goes on to talk about how he discovered a wonderful invention called the “canoe caddie” — a device which makes hauling canoes much, much easier.

He then transitions into showing his readers how they can have the equivalent of a canoe caddie for their email list. We all want to grow our email lists, right? And we all wish it could be easier. Right?

It’s a brilliant use of an anecdote.

An anecdote can set the tone for your post

Dana Sitar?uses an anecdote to kick off?her?article for HuffPost titled That Time I Thought I Could Make a Living Writing.

I accepted a position serving coffee in a bookstore today. Not just any position — the very same one at the very same store I held from the ages of 18 to 22.

I’m 28 years old now, with a college education, a marriage and divorce, residencies in four U.S. cities, three published books and an online business behind me since leaving that bookstore cafe over seven years ago.

You can tell Dana is an exceptional writer.

In only 75 words, she’s taken her readers through the last ten years of her life. You can see where she?was, where she is, and you get a few pieces to the “how she got here” puzzle.

Anecdotes like Dana’s set the tone for your post. They give your readers vital information, and let them know there is more to come.

But sometimes, an anecdote can be the inspiration for a post.

In Is your shirtless man in a cape costing you blog readers?, one of my favorite writers wrote?the following:

As I?m about to make a right-hand turn to head home, I noticed a pedestrian walking on the sidewalk. I stopped and waited for the man to pass me.

And then I noticed what he was wearing.

The man was shirtless.

However, I didn’t notice this at first because part of his torso was covered by a cape.

This shirtless man, who was walking directly in front of a house I was considering buying and for all I knew would be my neighbor, was wearing a cape made out of what appeared to be an old bed sheet.

As he turned his head to look at me, I made sure the doors to my car were locked.

The face of what I assumed was pure insanity then smiled at me.”

Okay, you got me. I wrote this.

For this post, the anecdote came first. I thought of a suitable topic which fit this particular anecdote, and I sat down and wrote the post.

In fact, if you’re struggling with ideas for blog posts, “anecdote first” is an excellent strategy. Instead of thinking of a topic to write about, think of a story. It can be funny, sad, or both. It just needs to be interesting.

Then ask yourself, “how could I relate this story to a blog topic in my particular niche?”

The ideas you come up with could surprise you.

Don’t worry. I wouldn’t write an entire post touting how great anecdotes are without giving you a few tips for writing them.

Don’t use anecdotes as filler

The purpose of an anecdote is not to stretch the word count of your post. If that’s your reason for using one, you need to reevaluate your blogging strategy.

Blogging isn’t about hitting a certain word count. There is no magic number you have to reach in order to make your posts “good.”

There are brilliant 500-word posts, and there are horrible 2,000-word ones.

Only use anecdotes if they enhance what you’re writing. If they don’t enhance, remove them.

Start in the middle of your story

Journalists use this technique all the time. They will begin an article in the middle of a story, often at the story’s peak.

Jon Morrow used this approach in the example earlier. The anecdote doesn’t begin with the trip to the doctor, it begins with the doctor’s assessment and the mother’s reaction.

By starting with the peak of your story, you’ve immediately caught your reader’s attention. They want to know what is happening. You can immediately back up and explain it, or press forward and explain later.

Either way, you’ve hooked your reader.

What kind of snake was it? A rattlesnake.

Who did it bite? George.

How far away were they from the nearest campsite? Four hours.

An anecdote should not be generic. Be descriptive. Be specific. You’re painting a picture for your readers, and your picture shouldn’t be vague.

Bad news from a doctor…

Vomiting on an airplane…

Having to carry heavy canoes…

Taking a step back in your career…

A shirtless man wearing a cape…

Each of the anecdotes I used as examples in this post used some form of adversity. Adversity comes in many forms (an accident, bad news, an illness, a defeat, a shirtless man wearing a cape, etc), but all have one common characteristic: they give us something in which to overcome.

My anecdote within an anecdote at the start of this post is probably too long. Either one taken individually would be fine, but combined they make for one wordy anecdote.

So why did I start a post about anecdotes with a long anecdote, and then include a tip at the end of said post instructing readers to keep anecdotes short?

Besides, where’s the fun in writing a post about anecdotes if you can’t start it with a long anecdote?

When used properly, anecdotes can grab the attention of your readers and set the stage for the rest of your blog post.

You shouldn’t overdo it, of course. But when used in moderation, anecdotes can be a blogger’s best friend.

Do you use the occasional blog anecdote when you write? What’s the best anecdote you’ve read lately? Let me know in a comment below!