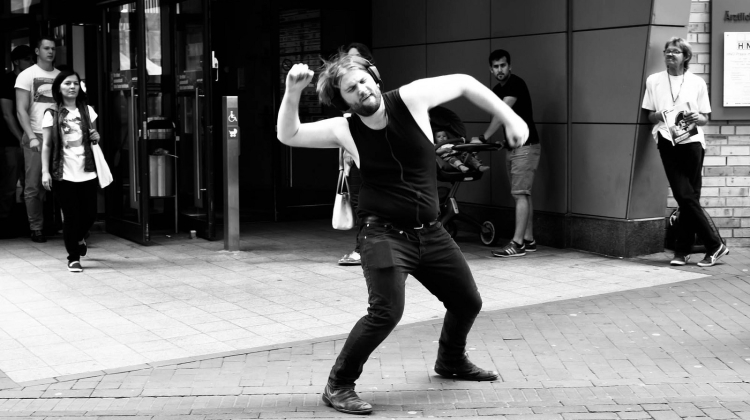 What kind of an audience do you want for your blog?

You want a mob of fanatical fans who eagerly check their inboxes for your latest post, right?

Fans who are actively engaged, leaving comments and sharing each post.

Fans who send you emails from time to time just to let you know that you?ve inspired them.

Fans who get so excited over your blog that they forward your opt-in link to their friends without even being asked.

(No, that doesn?t make you a big, ego-maniacal jerk-face. After all, you want people to get that excited about your stuff because you?ve genuinely helped them, right?)

So you sit down with a cup of coffee, determined to write the post.

The one that will go viral, generating buzz throughout the blogosphere.

The one that will reach all the people you want to speak to, making them go, ?Oh wow, this chick knows what she?s talking about. I?m pretty sure if we met in real life we?d be friends because she just gets me.?

What exactly should your message be? What should you write in order to get tons of comments? What kind of a brand identity do you need to cultivate in order to inspire tens, even hundreds of thousands of people to become your fanatical fans?

If you?re struggling with clarity over the direction of your blog, you?re probably missing one crucial element.

The good news is that you can get it in under an hour and it won?t cost you a cent.

That?s right, I?m telling you to dredge your imaginary friend out of childhood retirement and get his or her help in making your blog a raving success.

How can an imaginary friend help me find clarity?

You already know the importance of finding your niche and having focus.

(If you don?t, I?m sure Kevin has some fantastic posts about it.)

What?s the first step in finding your niche? Defining your target audience, of course.

You can?t create content without a clear understanding of your audience.

You might think you know your target audience, but if you?re still grappling with clarity, chances are you don?t know them as well as you think you do.

So tell me, right now, who is your target audience?

Since, unfortunately, someone has yet to invent a device that grants me omniscience, I?ll go ahead and pick on myself here.

When I first started my travel blog, this was how I defined my target audience:

?Someone in their late 20?s to early 30?s who doesn?t like their job and wants to travel more.?

According to LiveYourLegend.net (and a Deloitte?s Shift Index survey), 80% of people are dissatisfied with their jobs. 72% rank travel as more important than buying a house or a new car.

So, basically, my target audience was half the population.

?Someone who wants to become more successful at blogging.?

There are approximately 156 million blogs on the Internet. I don?t know the exact number of owners who want to be more successful, but suffice to say, not many people are starting a blog with the intent to be terrible at it.

In both cases, that?s a whole lot of people. In fact, it?s waaaayyyy too many people.

You might think that?s a good thing ? after all, if you want 100,000 raving fans you need to speak to as many people as possible, right?

Being that vague is like hopping in a boat and heading out to sea with a map of the world as your only navigational tool. Hope you enjoy chatting with a soccer ball for the next 3 years.

Instead of thinking in terms of ?target audience,? try thinking of the ONE person that you exist to serve with your message.

You don?t need to be a lot of things to a lot of people. You just need to be insanely inspirational to one person. If you inspire enough of that one person, you will rise to the top of your niche. 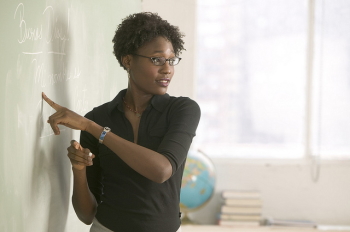 ?Natalie. 27 years old. Elementary school teacher who enjoys teaching but hates the politics that come with the job. Recently dumped her jerk of a boyfriend. Dreams of traveling the world but doesn?t have a lot of money saved up. Environmentally-conscious. Loves working out but has a weakness for apple martinis.?

Doesn?t Natalie seem a lot more like a real person? Isn?t it much easier to come up with things to talk about with her?

For a blogger?s blog, we could go with: 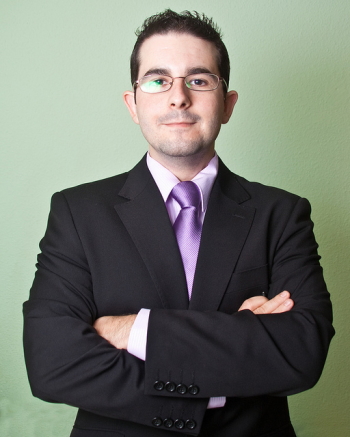 ?Pete. 36. Investment banker. ?Enjoys his work but doesn?t like the company he works for. Recently started a personal finance blog to help supplement his income when he found out his wife was pregnant again. Dreams of blogging full-time in order to spend more time with his family. Has the knowledge and technical skills but isn?t sure where to go from there.?

Isn?t it so much more fun to think about helping Pete than ?person who wants to be a more successful blogger?? When you don?t feel motivated, just think about the baby on the way. Pete needs you!

(In business class, we would refer to this as a ?customer profile? but that sounds SO dry and boring. I don?t like to think of my readers as mere customers; I like to think of them as friends.)

Won?t talking directly to one person alienate everyone else?

This is what scares a lot of people. They don?t want to ?niche themselves? because they?re afraid it will limit their prospects and make them less relatable.

If I only talk to one person, won?t that shut everyone else out?

For the first few years you needed an email address ending in .edu to even sign up. Instead of trying to market to as many people as possible, they actively excluded people from using their service.

Well?we all know how that story goes. Facebook exploded into a multi-billion dollar company, and these days everyone from grandparents to dogs have a profile.

In fact, it?s become so mainstream that it?s actually lost cachet among its target audience.

How about Apple? Who do you think their imaginary friend is?

22 year old, urban, hipster, tech-savvy, on-the-go. That?s probably what pops into your mind when you take a look at their advertising.

Are those the only people carrying around iPhones? Ummm, hardly!

Your ?imaginary friend? isn?t going to be the only person reading, commenting on and sharing your posts. (Actually, if your imaginary friend does start commenting, you might have bigger problems…)

They?re just the one you should be speaking to at all times in order to:

When you?re clear on who you?re talking to, you?re going to attract other people who feel an affinity with that person.

(In my case, most of my fans are already raving, but that?s a whole other story?)

Back to picking on myself here for a moment.

My imaginary friend happens to be a woman, which means I sometimes write posts like ?10 Reasons Every Woman Needs to Travel Solo at Least Once.?

I?ve been asked a few times why I wrote that post only for women ? surely men can benefit from solo travel as well?

Of course they can. I actually had a number of men comment on it. And share it. I even had one guy email me to tell me he had forwarded it to his sisters who were nervous about traveling alone. Wow.

In fact, since I clearly defined the one person I was talking to, I went from 5-6 comments /post to 40-50 comments a post.

So how do I define this one person?

I thought you?d never ask. This is the fun part.

Think back to when you first started your blog. Or, when you first decided to transition from a personal blog to a purposeful blog. Who did you have in mind that you wanted to help?

If your answer is along the lines of, ?I just wanted to dispense my general awesomeness to the world,? you?ve got some homework to do.

Here are a few questions to help you define your imaginary friend, because I?m nice like that:

This may seem like a lot of work, but it doesn?t have to be.

My imaginary friend is really just a combination of myself from a few years ago and two of my closest friends who struggle with different aspects of job dissatisfaction.

Want to meet her?

Her name is Janey. She just turned 30 and is having an existential crisis over what she?s accomplished in her life so far. Single, no kids. Been through a few crappy relationships but has just started dating someone promising. Has a bachelor?s in political science and a job as an account rep for a financial company where she makes $38,000/year and feels undervalued. Thinks about going for a promotion, but is terrified that she?ll end up working there for the next 15 years if she gets it. Does yoga a few times a week, enjoys cooking, and occasionally splurges on semi-expensive wine that she drinks with her small, close group of friends when they blow off steam. Loves cheesy rom-coms. Desperately wishes for more freedom to spend time doing what she loves ? being outdoors, riding horses and traveling. Feels unfulfilled at her job, but isn?t sure which path she should take in order to be happy.?

Whenever I write a post, I ask myself, ?Would Janey like this? Does it help her? Inspire her? Brighten her day? Would she think I sound pretentious or full of crap??

Sometimes if I?m lacking a live human sounding board I?ll even read my blog posts out loud with Janey in mind. She keeps me in check when I try to use snooty-sounding words like ubiquitous.

So how about you? Do you have your one person in mind when you write?

I would LOVE to hear about everyone else’s imaginary friends so I don?t feel like the only nerd here. 🙂 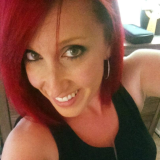 Mandie is a writer, rebel and life coach-in-training. She is somewhat obsessed with lifestyle experiments, good books, and travel. You can follow her adventures at RamblingMandie.com or stalk her via Facebook or Twitter.