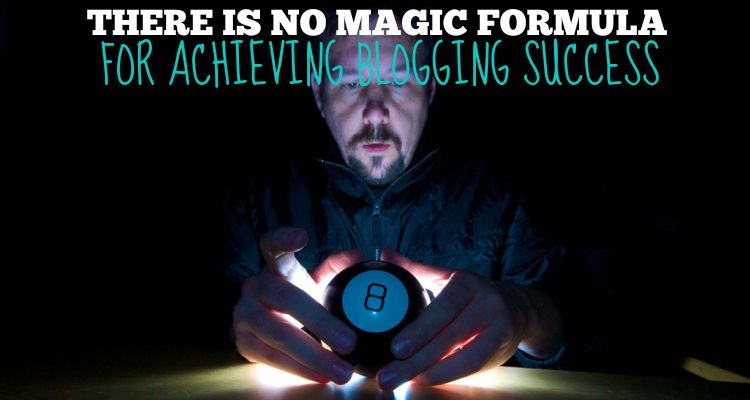 In a scenario I made up just now for the purpose of this blog post, people often ask me about the magic formula for?blogging success.

“What’s your secret,” they will ask me.

“What is the one trick I need to know,” they will continue.

“Is it your hair? Follow-up question: Can I have a lock of your hair,” they will plead.

“Drink this…it’s not spiked with knock-out pills,” they will promise.

“People,” I will tell them, after waking up, groggy, while tied to a chair.

“There is no magic formula. Now, please, let me go home to my wife.”

A “magic formula” or easy blueprint for achieving?blogging success does not exist.

If one existed, not only would you already know about it, but you and every other blogger on the web would be doing it.

And if everyone was doing it, wouldn’t we cancel one another out?

And yet, we bloggers still try to find it. We’ve searched for it?since Al Gore created the first blog in his parent’s basement back in 1962.

We read blogs, we subscribe to newsletters, we listen to webinars, and we buy eBooks and courses.

We cling to the hope?this next tip, this next tidbit of knowledge, will be the one to take us to the top.

But, as helpful as many of these resources may be, all they can do is help us on our blogging journey.

They can give us pointers.

They can guide us in the right direction.

They can tell us what they did to achieve success, and how we can hopefully emulate them.

But they cannot guarantee our success.

No, whether or not you achieve success is entirely on your shoulders.

Some people look for reasons to give up or not try.

Diagnosed with Spinal Muscular Atrophy when he was a baby, Jon wasn’t expected to live a very long life.

Thirty years later, Jon has the distinction of being a driving force behind three of the web’s most popular blogs.

How did Jon do it?

He worked his butt off.

As a blogger, Jon is often on his computer ten straight hours. He’s writing, reading, editing, teaching, networking and doing everything else he can to succeed.

Do you think Jon would be doing this if there was an “easy” way to be successful?

Or how about Crystal Paine?

Most would know her from her blog, the insanely popular Money Saving Mom.

Crystal created one of the highest-trafficked personal finance blogs on the web while supporting her husband, running a household, and raising three children!

With so much on her plate, nothing Crystal has done could be characterized as “easy.” She worked hard for MSM’s success, and she continues to do so.

She publishes several posts a day, and I can personally attest to how active she is on social media.

Would Crystal bother replying to silly lil’ bloggers with 313 followers (as of this writing) on Twitter if there was an easy, not-time-consuming path to success?

(In Crystal’s case, the answer is probably YES because she’s such a nice person, but otherwise… No!)

Be it Jon or Crystal, Darren Rowse or Seth Godin, Pat Flynn or Amy Harrison; the bloggers who “made it” all paid their dues and worked hard.

But in addition to hard work…

True, sometimes success happens fast. Some blogs and bloggers get big and popular so fast it makes you go “how the heck did that happen?”

It’s the desire to be like these bloggers — the desire to speed up the be-successful process — which causes people to seek out magic formulas and shortcuts. 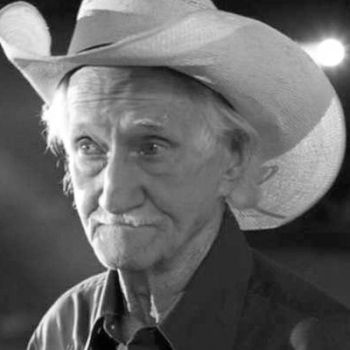 Cranshaw worked as an unknown actor for almost 50 years.

The movie was a box-office hit. Forty-five years after his first acting credit, Cranshaw became an overnight success.

Fans would yell out lines from the movie whenever they saw him.

When he passed away in 2007, an odd thought popped into my head:

During those forty-five years, did Cranshaw ever consider throwing in the towel? Did he ever almost quit?

I like to think no, he kept plugging away, confident “success” would happen for him someday.

And when it finally did, he was able to look in the mirror and say: “It took nearly 90 years, but I knew it would happen.”

You’re probably not going to have to wait forty-five years for your blog to become a success, but it could take some time.

Even if you’re doing everything the right way, it could take some time.

You need to be okay with this. You also need to realize…

Luck has nothing to do with it either

Many of us fall victim to the idea “success” or “fame” is some kind of a giant who is going to walk up one day and pluck us from the crowd.

This belief is enforced whenever some random person achieves fame or fortune after winning the lottery or having a picture of them at a sporting event go viral on the web.

To these people, we’re all?one ReTweet from an influential person away from hitting the big time.

If you want to succeed as a blogger, you’re going to have to roll up your sleeves and work at it.

You’re going to have to work at blogging the same way you worked at learning to ride a bicycle as a child, learned to bake cookies from scratch as an adult, and the same way you?did?anything else in this world worth doing well.

You’ve got to?try, try again, and then try some more.

But before you do, you need to ask yourself…

How do you define success? 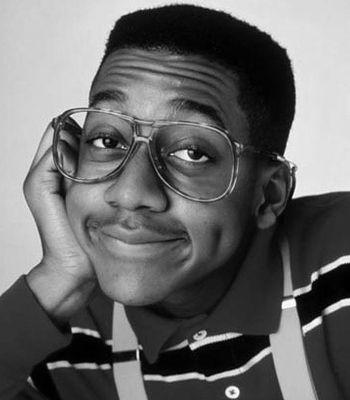 For example, a blog dedicated to the career of Jaleel “Steve Urkel” White will probably not interest 99% of the public.

If its owner hopes to achieve fame and fortune through his or her Urkel blog, disappointment awaits them.

It wouldn’t matter if the in-depth stories about the “Urkel-Bot,” “Stefan Urquelle” and “The Urkel Dance” were the definitive write-ups of those topics, for most people they’re unlikely to be anything more than a morbid curiosity you browse for five minutes while waiting for your friend to play their turn of Words With Friends.

However, if the owner’s goal is to create the be-all-end-all Steve Urkel blog, they will be successful regardless of traffic.

Don’t compare yourself to others, or your blog to other blogs, especially if your definition of success differs from theirs.

Some people want their blog to receive lots of traffic, comments and social shares.

Some want their blog to make them money.

Some want their blog to help them be viewed as an expert on their topic, which will help them in their business.

Some just want to have fun.

How do you define a successful blog?

Answering this question will help guide you along your way.

Then it’s time to roll up your sleeves and get to work.