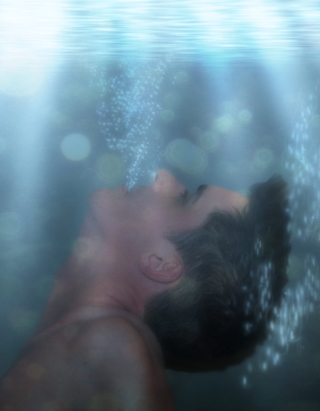 By my unscientific calculations, we live approximately 99% of our lives blissfully oblivious.

Spinach in our teeth? We had no clue. Mispronouncing “moot” and “hyperbole” all our lives? That’s a new one on us. Mistakenly believing actors Dylan McDermott and Dermot Mulroney were the same person? Hey, if you say so.

Usually, these things of which we’re unaware are insignificant. No one has died from walking around with spinach in their teeth all day. (Unless it’s from embarrassment, am I right?)

But sometimes, every so often, these things are huge.

I’ve probably suffered from sleep apnea most of my life. Each night, I would stop breathing. Fifteen seconds here. Thirty seconds there. Sometimes I’d stop breathing for 45 whole seconds. Then my body would jerk itself awake so I could take a breath of air.

I didn’t know any of this was happening, of course. I didn’t have the faintest idea.

All I knew was some mornings I would wake up feeling groggy. “That’s why God invented coffee,” I would tell myself. I thought this feeling was normal – I didn’t realize I almost died during the night.

Then I married my lovely wife. After a lifetime of sleeping alone, there was now someone sleeping next to me.

Once I knew what was happening, I could address it. I could take action. I could get one of those CPAP machines and breathe each night.

(Plus, now I sound like Darth Vader when I sleep. So I have that going for me, which is nice.)

Hopefully, you’ll never find yourself in the position where giving someone a heads up is a life-or-death situation. Still…

You never know how big an impact your seemingly-trivial heads up will have on the life of the person receiving it.

The guy or gal you give a heads up about spinach in their teeth could be on their way to a big job interview or first date with their soulmate. The helpful advice you give to an inexperienced blogger could be the thing that points them on a path of success and world domination. The person you hear snoring might actually have a serious problem.

There’s a fine line between intruding and giving someone a friendly heads up, but don’t be afraid to toe it from time to time.

If you see a way you can help someone, help them. If you see a genuine mistake they’re unknowingly making, tell them. Some will be angry with you. Few will bother to say “thanks.” But, more times than not, your heads up will make a positive impact.