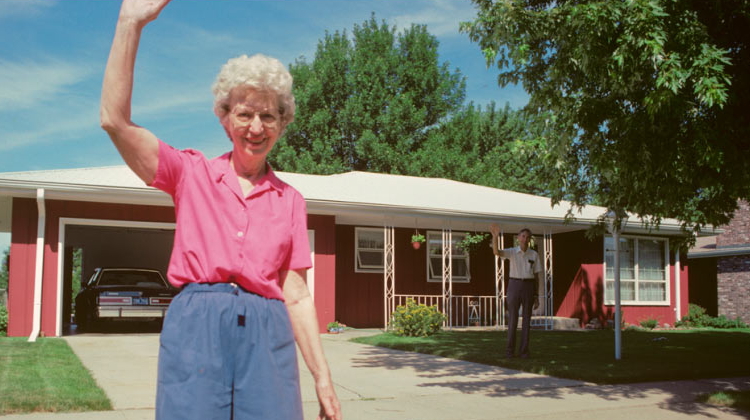 It’s difficult to believe for those of us under a certain age, but people used to be nice to each other.

Back in the day, people would actually return their shopping carts to the designated areas. Sure, it required them to walk an extra ten feet. But the alternative was leaving their carts in the middle of parking lots where they might roll and hit other vehicles, and what kind of jerk would do such a thing?

Back in the day, people would stop what they’re doing and make eye contact when someone was speaking to them. The idea of continuing to look down at your smartphone and playing “Angry Birds” while someone tried to talk to you was preposterous. For one thing, smartphones didn’t exist at the time. But secondly, only an unfortunate soul with no manners would do such a thing.

Back in the day, guys didn’t sag their pants half-way down to their knees because oh my goodness what’s wrong with you no one wants to see that.

Granted, I never experienced any of this first hand (I’m much too young). But I have seen reruns of “The Andy Griffith Show” and “Leave it to Beaver.” These gems of a bygone era have taught me two things:

Today, I’m pumped to share with all of you my second favorite technique for achieving blogging success. This is a technique I have used to catapult my blog into the stratosphere. Don’t believe me? Check out these statistics…

This technique has helped me go from zero to 7,500 (and counting) followers on Google Plus. 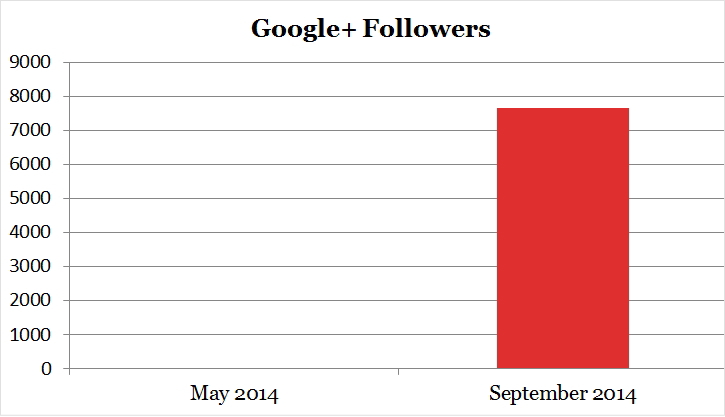 This technique has helped my Alexa ranking fall from over 20 million to under 100k in less than four months. 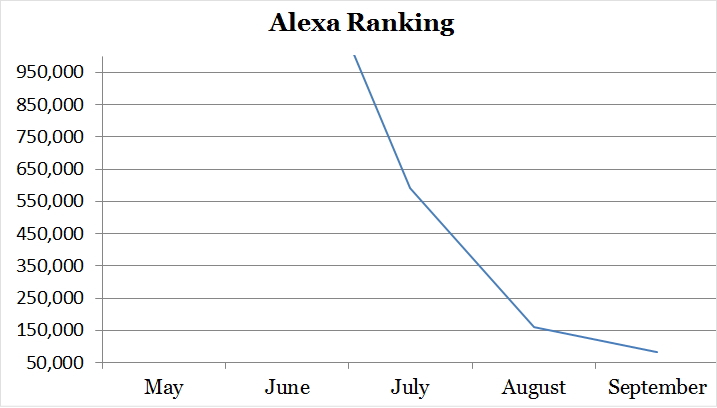 And this technique has helped me go from zero comments on my first blog post in May to 61 (and counting) in my most-recent post. 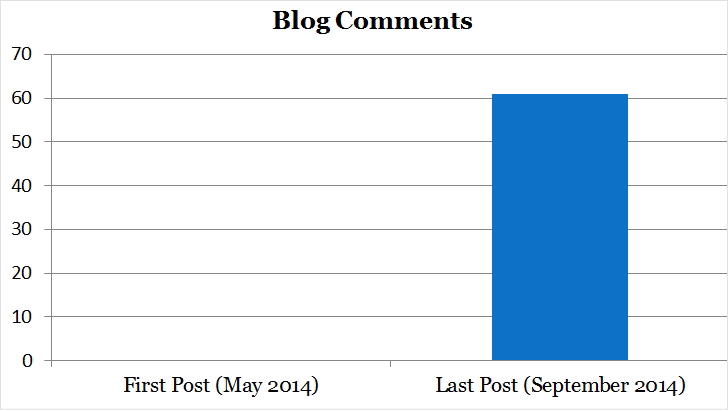 In short, this technique has helped me go from zero to hero. From Costanza to Costner. From a Kardashian to literally anyone else on the planet.

Or, as I call it: The Howdy Neighbor Technique.

Don’t worry. I wouldn’t drop such an advanced technique at your feet and run away before showing you how it works. Here are real-life examples… 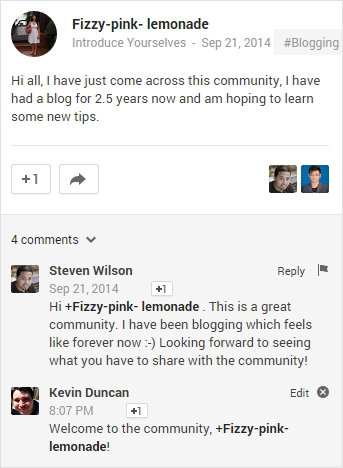 In this screenshot, you see an individual introduce herself in a Google Plus “blogging” community.

Introductions such as this one occur thousands of times a day on Google Plus, Facebook, message boards, and the like. You’ve probably been the one introducing yourself a time or two.

So, how would you use The Howdy Neighbor Technique in this situation? Take another look at the screenshot. Do you see what my friend Steven Wilson and I are doing?

Yes, that’s right. We’re being friendly. We’re welcoming this new member to the community. Steven even goes the extra mile and shares pleasantries with her.

This is The Howdy Neighbor Technique at work. And in addition to making others feel good, it often results in an increased follower count.

For example, when Ana Hoffman from Traffic Generation Cafe told her followers she was reading one of my posts, I made sure to thank her.

@AnaTrafficCafe Thanks, Ana. Hope you enjoyed it!

I did the same thing when Brian Dean from Backlinko shared my 8,317-word post. I sent him a “thanks” Tweet.

@Backlinko Thanks for sharing with your followers, Brian! Appreciate it. 🙂

And when Pauline Cabrera of Twelveskip shared my Why Blogs Fail post, I thanked her, too.

It doesn’t matter if the person sharing your work has 2 followers or 2 million, you should thank them when they do something nice for you. The fact Ana, Brian, and Pauline are popular and influential are coincidences I assure you.

To prove it, I’ll include one more example from a random blogger in Australia named Darren, who shared the guest post Andrew Warner wrote for me a few weeks ago.

@problogger @CopyWarner Thanks so much for the share, Darren!

When you take the time to thank a person for doing something nice for you, it brightens their day. It tells them they are noticed and their actions are appreciated. It also makes them far likelier to share more of your work in the future.

Not only do you thank others for sharing your work, with The Howdy Neighbor Technique you do the sharing, too! You share great posts you come across in your day-to-day blog reading, such as this one written by my new friend Pooja Lohana.

You share great posts from bloggers who have supported you in the past. Lauren Tamm of The Military Wife and Mom has linked to my blog numerous times while writing weekly posts for the International Bloggers Association.

You share awesome posts from new readers of your blog. Here’s an excellent one from author (and new Be A Better Blogger reader) Jaime Buckley.

And you share epic posts the world needs to read, like this one from my buddy Adam Connell of Blogging Wizard.

Sharing the work of others has numerous benefits. It helps promote lesser-known bloggers, who will almost always express gratitude. It validates the work of contemporaries, who will appreciate the validation and often return the favor. And, it can potentially get you noticed by influential bloggers, which is never a bad thing. Plus, sharing is caring.

Respond to emails (and be helpful)

If you blog for any length of time, you’re going to get emails from readers who have a question or who could use a little help. Using The Howdy Neighbor Technique, not only do you respond to such emails, you try to be as helpful as possible. Here’s a recent email exchange between me and subscriber Shirl, who was dealing with comment spam. 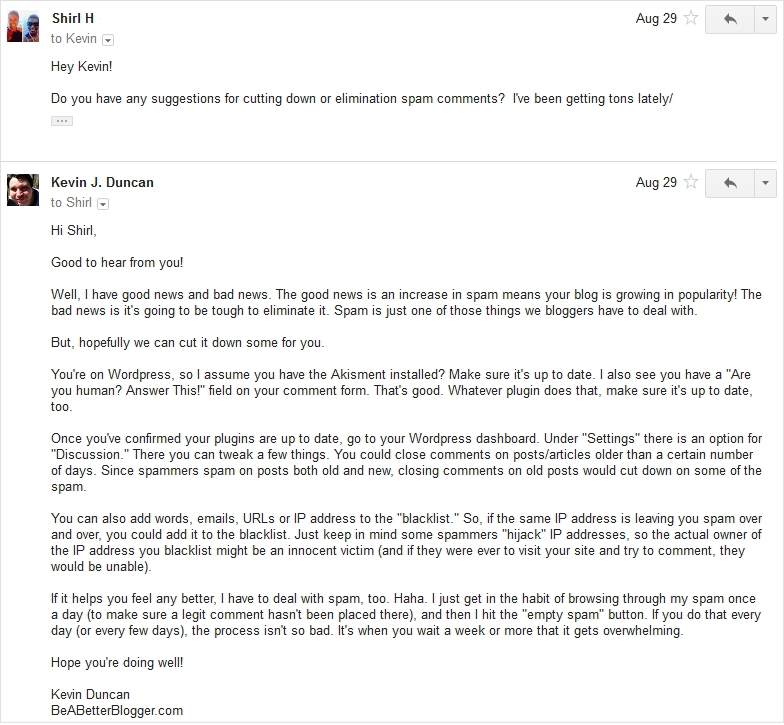 Taking the time to respond to your readers’ emails shows them you care. If you can’t write in-depth responses, point them in the right direction (a WordPress expert you know, or maybe a writing service or app/tool that could help them). But do help them. Each of us is an “influential blogger” to someone. Never forget that.

It goes without saying you should respond to the blog comments your readers leave you. Using The Howdy Neighbor Technique, I take it up a notch. When the wonderful Carol Amato left me this great comment…

…I responded to it and then posted the following on Twitter.

This part of The Howdy Neighbor Technique is a “win” across the board.

You’re shining the spotlight on your readers and their Twitter handles, while at the same time promoting your posts. You’re rewarding those who leave you great comments, and encouraging them to leave you more. Finally, you’re enticing those who aren’t leaving you comments to start doing so.

The final example of The Howdy Neighbor Technique involves linking to other bloggers in your posts. You don’t need to force mentions, though. It needs to happen organically.

If I was writing about traveling, it would be natural for me to mention Ryan Biddulph or Mandie Sanders. If I wanted to write about making your readers feel comfortable and at home, I would want to mention Adrienne Smith.

If I was writing about entrepreneurs, my friends Enstine Muki, Eric Deeter, and Richard Martin would spring to mind. If I’m writing about people who put my measly Master’s in Computer Science to shame, I might write about Jane Sheeba, who holds a Ph.D in Medical Physics.

If I was writing about maintaining several websites at one time, my friends Marc Andre and Catherine Holt would be clear inspirations. If I was writing about engagement, Harleena Singh and Don Purdom would be natural to link to due to the excellent comments they write and the wonderful communities they’ve built.

If I was being nostalgic, I might mention how Vatsala Shukla was one of my first commenters, or how I visited Josh Kotsay’s blog for insights on the Genesis Framework back before Be A Better Blogger was launched. I might mention Delia Rusu, who in those early days referred several of my now-regular readers.

If I was writing about female bloggers who kick butt and take names, I might write about Sally Ann Miller, Lisa Mallis, Sherryl Perry, Lisa Buben, and Kerry Russell. If I was writing about ladies who make me laugh and who motivate me to keep improving as a writer, I would mention Amy Harrison and Henneke, respectively.

See? Organic mentions, each and every one.

Don’t let the controversy scare you

No doubt, The Howdy Neighbor Technique is controversial. It confuses some, angers many. After all, the very idea of being “nice” is a foreign concept these days. It goes against conventional wisdom.

Well, I challenge everyone reading these words to defy conventional wisdom.

The time has come to rise up. We must throw down those angry shackles which bind us. We must leave our egotism and selfishness at the door.

If someone sneezes, we will say “bless you.” If we drink the last cup of coffee, we will put on some more for our co-workers. If someone Tweets something nice about us, we will reply and say “thanks.” And we’ll be sincere while doing these things. Oh yes, we will be sincere.

We must not acquiesce. We must fight the good fight. We must shout for all the world to hear:

Are you ready to join the revolution? If so, click the highlighted text below and proclaim it to the Twitterverse.