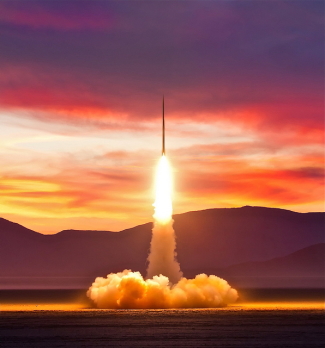 Just married, he and his wife were returning from their honeymoon in Mexico. Having just accepted a marketing job, Costner’s life was clearly laid out before him.

Family. A respectable job. A modest house with a white-picket fence.

Unbeknownst to his new wife, he dreamed of being an actor. He dreamed of making movies and telling stories.

“Unfortunately, dreams are our first casualty in life ? people seem to give them up, quicker than anything, for a ‘reality.'”

That’s why when Costner saw legendary actor Richard Burton sitting on his flight, he didn’t sit on his hands.

He didn’t let fear of rejection deter him. He didn’t even let the fact Burton had purchased all the seats around him so he could be alone prevent him from approaching him.

During that chance encounter, Burton encouraged Costner to follow his acting dream.

And so he did.

Eventually, the hard work and sacrifice paid off.

Costner went on to star in cinematic gems Bull Durham, Dances With Wolves, and Field of Dreams ? the latter of which is responsible for making grown men cry like babies since 1989.

Opportunities have a tendency to…

Sorry, I have something in my eye.

The Thing About Opportunities

Opportunities have a tendency to present themselves when we least expect them.

My job as a teacher? It came about due to my father making an idle remark to the president of my alma mater.

My job after graduate school? I didn’t even apply for it. A friend of a friend told them about me, and they sought me out. I was so preoccupied with trying to secure a job working in an athletic department at a college or university, I almost didn’t accept the interview.

My wife? I met her while babysitting my niece. The first time she saw me, I was trying to console an infant who was screaming at the top of her lungs.

And it’s not just me (or Costner).

How many happily-married couples met at grocery stores, DMVs, and other random locations? I wager very few of them woke up on those fateful days and thought, “Today is the day I meet my soulmate.”

How many jobs were acquired or careers began thanks to chance encounters?

How many lives have changed for the better by seemingly random turn of events?

Of course, almost every opportunity requires an action on our part.

We can’t be stationary. We can’t just sit still and expect exciting opportunities to wash over us.

Costner had to get up from his seat on the plane and approach someone who easily could have told him to beat it.

I had to open my mouth and have a conversation when my wife introduced herself to me. I had to say “yes” to the teaching opportunity. I had to accept the job interview.

Let’s apply this to blogging.

When I’m not working, spending time with my wife, or wiping Field of Dream-sized tears from my eyes, I’m usually blogging.

That’s how Glen Long of Boost Blog Traffic found me last year. He saw me around, liked what I was doing, and invited me to write a guest post for them.

I accepted the opportunity.

And, wanting to make the most of it, I decided to go big or go home: I wrote about world domination and “sharks with frickin’ laser beams attached to their heads.”

It paid off ? Glen and Jon Morrow invited to write for them a second time.

And it was through this second guest post ? The Ultimate Guide to Writing Comments That Open Doors with Popular Bloggers ? that things got interesting.

In the post were many links. One of them was to a “gravatar” tutorial by WPBeginner: 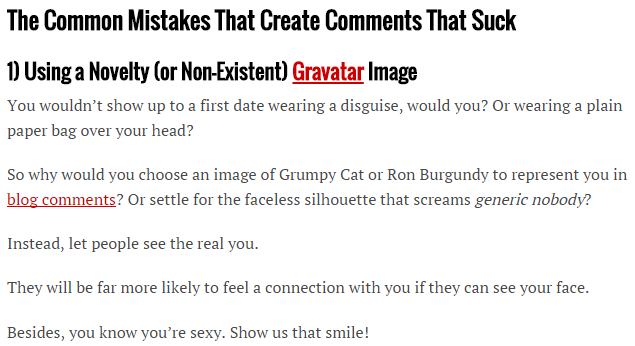 WPBeginner is owned by Syed Balkhi, a blogger who owns several popular businesses. How popular? Well, the United Freakin’ Nations recognized him as one of the top 100 entrepreneurs under the age of 30.

He’s a busy guy, in other words.

To my surprise, Syed stopped by Boost Blog Traffic and left me a comment:

Two months later, I pitched a post idea to one of the biggest websites in the world, and it was accepted. To give this soon-to-be-published post its best chance to succeed, I reached out to some of the industry’s biggest names asking for original quotes.

Surprisingly, Syed remembered my Boost Blog Traffic post. Not only did he agree to provide me a quote, he offered me an opportunity… 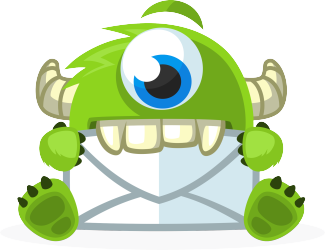 How could I say no?

OptinMonster is ranked among the top 20,000 websites in the world, according to Alexa.

Its domain authority is 69 (by comparison, Boost Blog Traffic’s is 58).

It’s owned by Syed, one of the web’s most successful entrepreneurs.

Seriously, how could I say no?

Much like Costner must have thought when he saw Richard Burton sitting on the plane, I would be foolish not to take advantage of this opportunity.

My writing here will continue unabated.

What This Means For You

It means some of you are going to be featured on a website with a 69 domain authority.

If you’re an email subscriber or you regularly leave me blog comments, you’re part of the Be A Better Blogger family. It doesn’t matter if you purchased OptinMonster from my affiliate link or not, I want to feature you.

And what if you don’t currently own OptinMonster?

Clearly, don’t buy it just so I’ll feature you. That would be silly, and it would be ridiculous of me to ask such a thing of you.

But if you were already considering it?

If you were already in the market for world-class lead-generation software used by the likes of Chris Brogan, Neil Patel, and Michael Hyatt?

In that case, think about it. Pray about it. Talk to your spouse or family about it.

And if you decide it’s something you want to do, follow these two steps:

How I Got From Here To There

We can’t predict the future. There’s no way of knowing which steps we take today will impact our lives weeks, months, or years from now.

I wish I could say my choice to use Syed’s WPBeginner was strategic, but it wasn’t. I had a deadline to meet, I needed a link, I found Syed’s, and I moved on.

There was no way I could have predicted the events to follow.

But it does reinforce a few blogging truths…

You never know what opportunities are waiting for you around the corner.

Just be sure to grab them when they come.