“I think we’re in a horror movie,” I told my wife.

As we checked the windows and barricaded the doors to our?mountain cabin, my wife turned to me.

“Promise you what?” I asked.

“Promise me you will blog about this one day.”

“That is a very strange?request given the circumstances,” I responded. “It’s almost as though this conversation isn’t really happening?and I’m adding it for dramatic and/or comedic effect.”

“You are very talented and handsome,” she replied.

It was such a cute little cabin ? the perfect weekend getaway to celebrate our anniversary.

And best of all?

All the nearby cabins were empty. We were practically alone!

“This is going to be a great weekend,” I promised my smiling wife.

And it was… until that first night. As we sat down to eat dinner, we noticed the motion sensor lights had turned on outside. Then we heard movement.

“Is it a bear?” my wife?wondered. “Maybe a raccoon?” she guessed.

“I bet it’s the guy I tied up and put in our trunk,” I?theorized.

Not surprisingly, my wife was unamused.

As we kept super quiet and still, we listened for more movement. It, whatever “it” was, was right outside the kitchen window.

I walked over to the window and opened the blinds. It was gone. Whoever or whatever it was had run away.

We went outside to investigate.

“It was probably just a raccoon,” I told my wife after making sure the trunk to our car was still locked.

Satisfied with that conclusion, we decided to go for a walk. With such a remote location on top of a mountain, the roads?were quiet and peaceful. And it was such a beautiful, sunny day.

Thirty minutes into our walk, I noticed something peculiar hanging from a tree.

“Is that a long string of twine?” I asked my wife. “And what’s that attached to it?”

As we drew closer, I realized it was a key.

“Such an odd place to leave a key,” I said to my wife. “So dangerous… anyone could just walk up and take it.”

Then I noticed something. A familiarity. The orange key tag looked exactly like the one in my pocket for our cabin. The gold key looked the same, too.

As I stood directly under the key, I could read the words written on the tag…

It was the name of a cabin. Our cabin.

“HOW did they put this key here?” we stammered simultaneously.

The key, hanging eight feet off the ground, was tied to twine almost as long. The branch, which hung over the road we were walking on, was a good fifteen feet in the air.

That meant someone needed a ladder to reach the branch. Or, they had to stand on top of a vehicle. Either way, it made no sense.

A phone call to the company that rented us the cabin didn’t clear up matters.

First, the young lady misunderstood me. Then she thought I was joking. Then she got quiet. Like, “those poor people are going to wind up dead in the morning” quiet.

“I have no clue why your company would put it here, but is there any chance this key is meant for the crew that cleans the cabins?” I inquired.

“Let me go ask someone,” the young lady responded, as though hanging keys from tall branches miles away from their cabins might actually be a company policy.

After thanking the young lady and asking her to say a prayer for us, I reached up and removed the key from the twine. We had no clue why the key was here, but no way were we going to leave it for someone else to find.

The walk back to our cabin was filled with puzzlement, questions, and off-the-wall theories.

A few were (somewhat) grounded in reality…

“The key did belong to the cleaning crew, but they’re just really bad at hiding keys.”

A few were a little out there…

“A previous renter dropped the key while walking one day and, later, an NBA basketball player and twine enthusiast found the key and hung it from the tree so its owner could find it when he retraced his steps.”

And a few were outright batty…

Every scenario we threw out had a hole in it. Each time, a reality remained:

There were better, easier places to put the key.

No, placing the key there was illogical. Which meant, by definition, the placement lacked logic, justification, and sound judgement.

And that meant one thing…

A crazy person put it there.

The kind of crazy person who might come back to look for it.

“I think we’re in a horror movie,” I told?my wife. 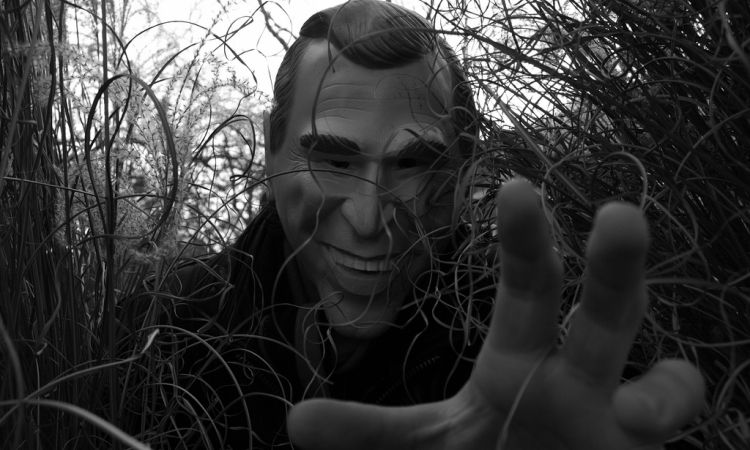 The Joy of Storytelling

Did you empathize with our situation in the above story?

It’s no surprise if you did. According to research, the brain doesn’t really make a distinction between reading about an experience and encountering it in real life.

That’s right. I didn’t just write a story, I got inside your head and made you worry a crazy person was going to attack you on a mountain!

In addition to adding a little humor to your day, I wanted to place you in our shoes. I wanted you to wonder, “How DID the key get up there?” I wanted you to theorize who could have done it and why.

Were you imagining what it must have felt like sleeping in the cabin that last night?

Suddenly, the remoteness of the cabin was no longer a bonus. Suddenly, hearing noises outside the window was no longer a laughing matter. Suddenly, my decision to rent “Friday the 13th” and “Cabin in the Woods” for that weekend was a misfire.

That’s the power of storytelling. Use the right words and you stimulate your readers brains. You can make them feel what you feel.

“How can I apply this?” you may be wondering. “Does it have applications other than scaring readers from vacationing in the woods?!”

In fact, the applications are endless.

For examples, let’s take a look at the works of Jon Morrow.

In arguably his most popular post ? On Dying, Mothers, and Fighting for Your Ideas ? Jon’s intro comes out swinging.

Reading the post, you can feel what Jon’s mother is feeling. You can feel the sadness she was experiencing, but you can also feel the strength.

When she tells the doctor her son isn’t going to die, her resolve is your resolve. By the time Jon transitions into the idea of fighting for your ideas, you’re ready to climb the highest mountain and swim the deepest ocean.

And that was the point.

Jon wanted to motivate you. He wanted you to fight for your ideas. And by placing you in his mother’s shoes, then his own, he was able to do accomplish both.

If you weren’t willing to fight for your ideas before, you certainly were after.

Jon’s intro to How to Be Unforgettable ventures into similar dark territory:

That is how Jon began discussing a fear most everyone shares: being forgotten.

Everyone wants to be remembered, which is why it’s so soul crushing to craft a blog post that doesn’t get shared, doesn’t get linked to, and doesn’t get commented on by readers.

Jon remembered this feeling well, and he used the above story to tap into that mindset. He had a plan for helping his readers be unforgettable, but first Jon had to take them down that dark hole of hopelessness.

Jon knew that bloggers, after reading it, would do anything to avoid the same fate.

That’s what a good story can do.

It gets inside your head. It lets you enter other people’s thoughts and feelings. It compels you to take action.

So, are you ready to get inside the heads of your readers?

Are you ready to paint them a word picture that places them right in the middle?

Are you ready to motivate readers to take action?

Then it’s time to tell a story.

And for those wondering why ? of all stories ? I chose to tell a story about a cabin key in the woods, it’s because I’m hoping someone ? anyone ? has a good theory for what the heck happened!

Help me out, folks. I need to know!