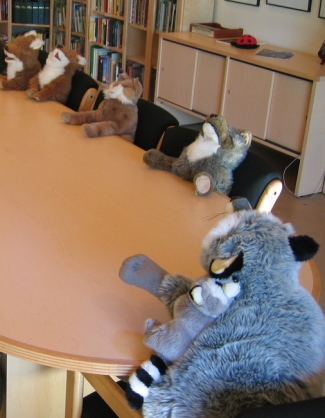 I recently had the “pleasure” of sitting through a 4-hour meeting for my job.

I loathe meetings. The only upside to them is they give me time to think.

END_OF_DOCUMENT_TOKEN_TO_BE_REPLACED

“I think we’re in a horror movie,” I told my wife.

As we checked the windows and barricaded the doors to our?mountain cabin, my wife turned to me.

“Promise you what?” I asked.

“Promise me you will blog about this one day.”

END_OF_DOCUMENT_TOKEN_TO_BE_REPLACED

“What is the biggest risk you’ve taken?”

The question took me by surprise…

“What’s your biggest regret?” That one I’ve heard.

“What five items would you want with you on a deserted island?” Heard that one, too.

“Would you rather be mauled by a bear or watch a buddy-cop movie starring Nicolas Cage and a monkey?” Heard that one earlier in the day.

But my biggest risk? No, that was a new one.

As I laid in bed that night, trying not to focus on the Nicolas-Cage-themed nightmares I would soon be having, my mind drifted to my senior year of college and the time I made the craziest, silliest, and riskiest decision of my life.

The president and assistant principal of my old high school were in my living room, gauging my interest in a teaching job after I graduated from college the following August.

What I didn’t realize at the time was how many credits I had remaining. Sure, my “plan” was to graduate after the summer semester in August. But my plan was based on wishful thinking ? not rational thought or reality.

At the end of the current semester already underway, I would have 45 semester hours remaining before I could graduate.

The idea was so crazy, I had to convince the Dean of Students to sign a waiver so I could attempt it.

“It’ll be a piece of cake,” I assured him, as my mind wandered to thoughts of cake.

He gave me a knowing nod ? the kind one gives when they, too, are thinking about cake.

Then he signed the waiver.

Those two semesters were insanely difficult.

I questioned my intelligence and sanity on numerous occasions. I lost weight due to the stress. I received my first ? and, to date, lone (knock on wood) ? gray hair.

But then, one Tuesday evening in August, I sat down for my last college exam. When I turned in the exam, I knew I had aced it.

It was finally over.

For my reward, I woke up the following morning and began my first day of work as a teacher.

I Immediately Regret This Decision

Yes, I had less than 12 hours between my final college exam and my first day as a teacher.

This wouldn’t have been an issue if not for the little matter of my being totally and completely unprepared for the gig.

For starters, I had a crippling fear of speaking in public.

Such a phobia wouldn’t have been such a big deal if, like most of my fellow graduates in the Information Technology department at college, I was embarking on a career of sitting behind a desk.

However, it’s sort of a big deal when you’re embarking on a job that asks you to speak in front of people all day long.

So I had stage fright. No big deal. Certainly not when compared to the fact I had no curriculum to teach.

I was to be my school’s first-ever computer teacher. As such, there was no existing curriculum. No fellow computer teachers to mentor me or show me the ropes. We didn’t even have textbooks.

Everything I would teach, every project I would assign, every exam I would give…

…were all to come out of my lil’ head.

But other than all that, I was good to go.

Looking back, it amazes me I did these things.

What possessed me to do the work of two full-time students?

What possessed me to sign a teaching contract when I knew there was a chance I might not graduate on time?

What possessed me to choose to teach even though the mere idea of teaching terrified me?

I did these things for one simple reason: I believed I could.

Was it easy? Absolutely not. Were there trials and tribulations? You better believe it.

But you also better believe that, three years later, when I finished graduate school and “retired” from teaching, I was one darn good teacher.

That’s what tends to happen when you’re not afraid to bet on yourself.

You accomplish things and reach heights you didn’t believe were possible.

As a blogger, do you ever bet on yourself?

Adam Connell of Blogging Wizard quit his job to focus on blogging.

Jaime Buckley, after a car accident took away his lifelong dream of being a comic book writer, brought his visions back to life through novels.

Darren Rowse worked three jobs in the early days of ProBlogger before it took off and started making money.

Jon Morrow, wheelchair bound due to a type of muscular dystrophy, built a blogging empire.

Each bet on himself, and each was rewarded.

It’s okay if you haven’t.

After all, it can be risky. If we’re talking about upgrading web hosting and purchasing a blogging course, it can be expensive. Mostly, it can be scary.

Years ago, I bet on myself and it changed the course of my life.

Teaching gave me confidence. It made me grow up. It helped me learn how to use humor to captivate an audience. It gave me the perfect job to continue my education, and the Master’s Degree I earned led me to my next job ? a job I still have and enjoy.

It helped make me the man I am now ? a man who, three years ago today, was worthy of marrying my wonderful wife.

Amazing things can happen when you take chances and dream big.

Are you ready to bet on you?

Yours truly kicks off the International Bloggers Association Network-a-thon on October 12, 2015. Get 50% discount here.

Several years ago, before I met and married my lovely wife, this was how I introduced myself in a speech to an auditorium full of strangers.

At the beginning of my speech, I was supposed to simply state my name, my marital status, and the church I attended. Those were the instructions we speakers were given, and it’s the script followed by everyone who spoke before me.

I guess you can say I tweaked the script a bit.

END_OF_DOCUMENT_TOKEN_TO_BE_REPLACED

There is no right or wrong way to blog through a personal tragedy. Let’s go over some options.

We all know it’s inevitable.

And yet, it catches each and every one of us by surprise.

And, eventually, it happens to all of us.

END_OF_DOCUMENT_TOKEN_TO_BE_REPLACED 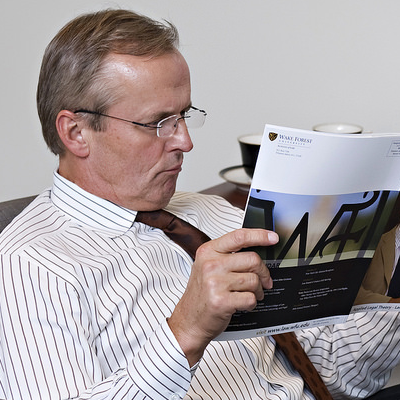 “What does John Grisham have to do with blogging,” you’re probably thinking.

The answer: nothing. Also, plenty.

You see, Grisham wasn’t always the master of legal thrillers.

Before “The Firm,” before “The Pelican Brief,” before any of his 23 bestsellers; John Grisham was a lawyer.

And his story — one of perseverance, hard work, and dreams — is one to which all bloggers can relate.

END_OF_DOCUMENT_TOKEN_TO_BE_REPLACED

A new year is upon us, and with it is our annual tradition of making resolutions we abandon before Punxsutawney Phil has emerged from Gobbler’s Knob.

“Get out of debt” gives way to a 20% sale on shoes. “Get organized” is defeated as soon as you walk into your child’s bedroom. “Lose weight” is undone by an evil co-worker who brings doughnuts to the office.

One definition of insanity is doing the same thing over and over, and expecting different results. So why do we make resolutions year after year?