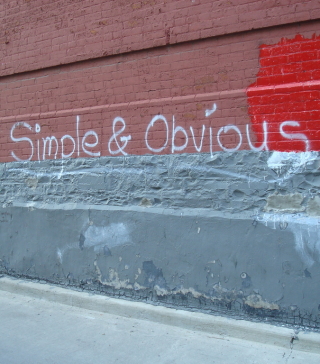 Are you familiar with Occam’s Razor?

In basic terms, it means the simplest explanation is usually the right one.

Have a flat tire? Unless you own a mogwai named “Gizmo” as a pet, Gremlins were unlikely to be involved – you probably just drove over a nail.

Found a hole in your yard? Your neighbor’s dog, not pirates looking for buried treasure, is the likely culprit.

And if your blog is failing to live up to your expectations, it’s probably not due to some nefarious plot to destroy you. No, the reason is likely far, far simpler.

It’s difficult to hear sometimes, but the reason we aren’t succeeding as we hoped isn’t because Google hates us. It isn’t because influential bloggers are spiteful people unwilling to let anyone else into their exclusive club. And it isn’t because “stuff just happens.”

Maybe you aren’t putting in enough time? Maybe you’ve gone as far as your current level of knowledge can take you? Maybe you need a new game plan?

One of our biggest jobs as bloggers is troubleshooting.

If a post isn’t flowing like it should, we figure out the reason why and correct it. If we wake up one day to discover our blog suddenly looks like a creation of Jackson Pollock, we figure out which of our too-too-many plugins is responsible for breaking it.

That’s troubleshooting. It’s how we fix something that isn’t working.

There’s a real, tangible reason your blog isn’t living up to your expectations.

It’s up to you to find the problem, troubleshoot it, and fix it.