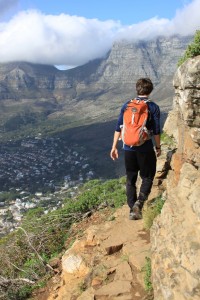 Several years ago, before I met and married my lovely wife, this was how I introduced myself in a speech to a church auditorium filled with strangers.

Years earlier, the notion of speaking to a packed auditorium would have terrified me. Like many individuals, public speaking was one of my biggest fears. But God, in His infinite wisdom, decided: “Kevin, thou shalt become a high school teacher.”

Nothing will cure your fear of public speaking quite like a job requiring you to speak to a room full of teenagers. It?s akin to speaking to an angry mob that wants to see you tarred and feathered. And not just speak to them, but control them.

“Sit down and be quiet, angry mob. I?m going to teach you something you won?t appreciate for another decade.”

After a while, I discovered public speaking wasn’t so scary. In fact, I was pretty decent at it. Not only could I control the angry mob, I could make them laugh and learn while doing so.

Don’t get me wrong. The fear is still there.

Those things that scare us? Those situations we try to avoid? They?ll probably always scare us.

But you know what? That?s okay.

If you don?t like speaking in public, the only way you’re going to get over it is by getting up and doing it.

If you’ve never participated in a podcast because you think you won’t do well, you need prove yourself wrong.

If you’re hesitant to create videos because you worry how you will look, you need to take a page out of Jon Acuff’s playbook and tell yourself you’re “really, really, really ridiculously good looking.” (Because you are.)

Ready to stop depriving your audience?

It’s time to get out there and do something scary.